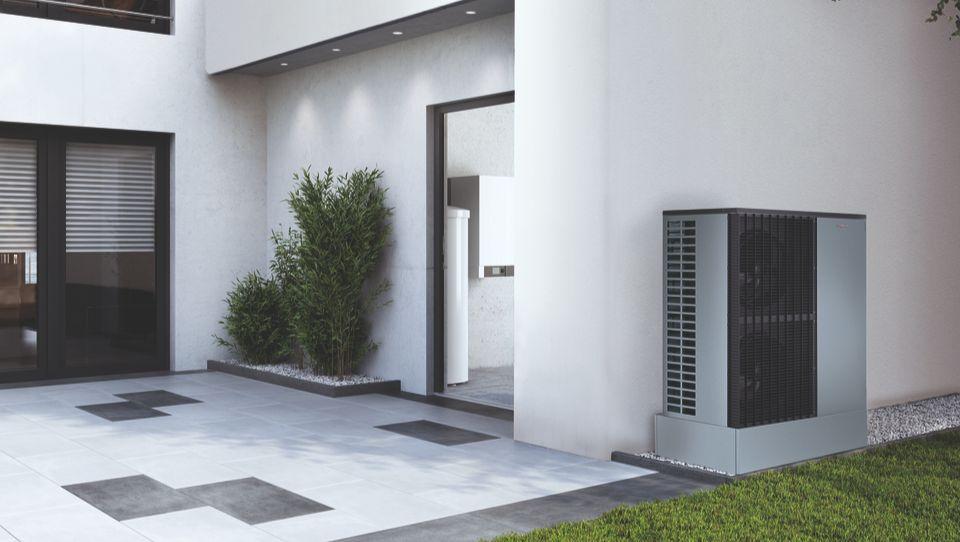 Heat pumps have been around for a long time. The principle is straight forward enough, heat is extracted from a low temperature source and dissipated via a heat exchanger, at a higher temperature. The same technology is used to operate your fridge. The heat sources we are most concerned about, with regard micro power generation for the home, are the earth, the air circulating outside, and where applicable, nearby water courses, such as rivers and streams. In each case the basic technology is the same.

- Is a heat pump suitable for my home?

A heat pump will not be cost effective in all cases. Savings will be considerably less, if your home is heated with gas, than if it is heated with electricity, coal, LPG or oil. The operating temperature of heat pump systems is also lower than with a conventional boiler, lending itself to under-floor or warm air heating, rather than the radiators of a typical central heating system. Heat pumps can be used with radiator systems, but heating with radiators is less effective, and larger radiators would be needed. Heat pumps run on electricity, which of itself, is not free or environmentally friendly, as such, the technology lends itself to new build, eco friendly projects, which incorporate means of alternative power generation such as photovoltaics or wind turbines. For existing dwellings, the economics would be most favourable in remote areas, where there was no existing gas supply. As a prerequisite to installing any renewable thermal energy system, the property should be thermally insulated and draft proofed to a high standard.

- How does the heat pump work?

In simple terms, a pump is used to compress a refrigerant gas. The gas is imparted energy by the pump, which increases its temperature. The compressed gas passes through a heat exchanger, where it gives off heat, to a hot water storage tank, in the case of the heat pump used for space heating. The gas cools and condenses into a liquid as a result. It then passes through an expansion valve, and in the process, the refrigerant moves from a high pressure zone to a low pressure zone, where it expands and evaporates. The process of evaporation draws heat from its surroundings, as it passes through a second heat exchanger within the heat source medium, be that the earth, the outside air, or a watercourse. The gas is then recompressed, and the cycle starts over.

The sun heats up the earth, and this heat is stored in the ground beneath our feet. The heat is retained by the earth and the temperature remains fairly constant, between 8 and 12 degrees Celsius, even throughout the winter, just a meter or two below the surface. The ground source heat pump taps into this stored energy, providing three or four times as much energy as it uses to run the system.

The ground source heat pump comprises three separate components, the ground loop, the heat pump itself, and the distribution system. Clearly, space in your garden will be required to install the ground loop, this typically consists of a pipe coiled inside a horizontal trench, at a depth of generally around 1.5 to 2m deep. Having adequate space and access for digging equipment is a major consideration, as to whether a heat pump is a viable option with regard to heating your home. As a rough guide, a three bedroom, well insulated house, might require two trenches about 40m in length. The loop can also be placed in a bore hole, generally between 15 and 150m in depth. This saves space and benefits from higher ground temperatures lower down, but increases the cost of installation. A bore hole system does not really benefit from true geothermal heat, unlike Iceland, the earth's crust is too thick in the U.K. for true geothermal heat to be economically feasible.